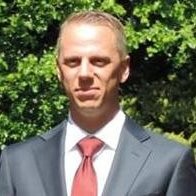 Many enterprises have already matured to the point where Continuous Integration is standardized and every development team tests and builds each Git commit.

Some of the enterprises are going a step further and are already containerizing that application in a standardized way using specific tooling, removing the need for maintaining the dreaded Dockerfiles and their base images.

There are even fewer companies that automatically deploy that application in a non-production environment, employing tools like Jenkins, Gitlab, Bamboo or equivalent.

However, automated deployments in production are still sort of taboo and often need manual intervention or some sort of approval step.

During the session, we will see how we can setup a set of Open Source tools to automate our path to production, allowing for every commit that goes through the full pipeline to be deployed in production, using DevOps and GitOps best practices.

We will build a Java application that goes through all the steps of a mature CI/CD pipeline, mostly using open source. Additionally, we will showcase some tools from the new VMware Tanzu portfolio to make our lives even easier.